Running for the love of it!!

5-6 inches of snow expected here to in southern Ma today. It was suppose to start about 8 this morning so I had planned on getting out early for a run before it started. But at 6:30 when I got up it was already coming down. So I drank a coffee and debated it..... but honestly there wasn't that much to debate. I already had my heart set on running today so I was going to do it anyways. By 7:30 I was dressed and ready to hit the road. 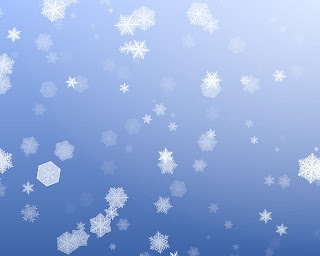 Today was one of those days that I knew I wasn't going to be a pretty run so I just went with the flow of it. There was about an inch already on the ground but it wasn't slippery. Temperatures are in the low 20's so it kept the snow light and fluffy. I ran mostly on sidewalks but it some places I had no choice but to run on the road. Luckily it was early enough that there wasn't too much traffic out there. At one point I ran almost 2 miles on Main st. when no cars where coming. 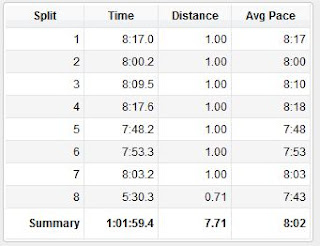 I really enjoyed this run. The snow made it look real nice out there. I felt great during the run. iPod was playing the perfect music today. My leg didn't bother me at all and I actually run a lot faster than I thought I would. Nothing to complain about today. I love runs like this!!
_


I have been taking it easy this week with runs. I ran only on Monday (4 miles and I forgot my Garmin!!!) and 5 on Thursday. Which is why I was itching to get out there today. I'm ready to hit my marathon training head on at the end of the month!!

fighting a chest cold now and just not willing(able) to get out there.......jealous of you for getting out today, and glad to hear you managed to stay upright! Making peace with a day off....getting ready to watch the Bruins go to war with the Rangers.

It must feel great running in the snow (apart form the cold) with the world all quiet and peaceful around you. Nice job on the run.

It was nice out there yesterday - glad you enjoyed it!

I am not a fan of snow, but there's something fun about running in it. Glad you had such a great one out there!

I have tagged you in a post.. my apologies if you hate this kind of thing. :-)

You are a better man than me getting out in the snow like that. Runs like that don't come very often though. You have a few days left of freedom before the training begins. Im sure you are excited for that. Take care.