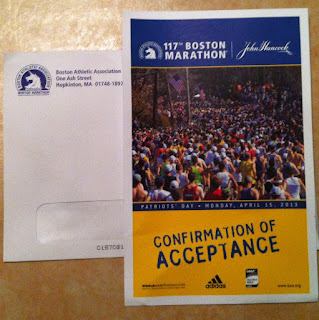 2.  Ran 4 miles yesterday with two coworkers during our lunch break. It was a slow 10min mile run, but they were a pain free 4 miles. And that's all that matters. I know I was told 2-3 miles only for now, But it was 60 degrees out!! Couldn't help myself!

3.  Sunday I will be volunteering at The Worcester - Super Sunday 5K Run . 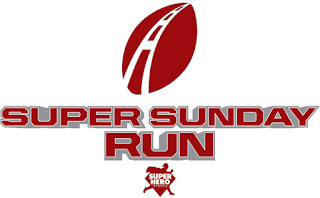 It will be fun. Just something to do before the big game :)

That's it for now. Will post again this weekend. Have a good one!!

Just a recap on my running pains. Wanted to post during the week but been too busy at work, home and just life in general. Thanks to all who commented. I appreciate  the support!! 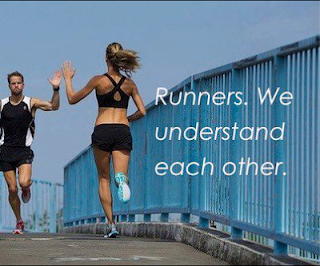 Doctor's visit on Tuesday was to go over the CT scans from last week. The good news: cartilage in the knees are good and there are no tears in the muscles or tendons. All looks good. The bad news: left IT band is tight as all hell and is the cause of my knee pains. The doc shot my knee up with a cortisone and sent me off to get some PT. The next day my knee was feeling GREAT!! I wanted to test it out,.... but unfortunately I've been benched for at least 3 more weeks.

I went to PT on Friday. I'll be working with a lady that really knows her stuff. She showed me a whole bunch of stretches I should be doing and gave me a deep massage from hell on the IT band. But it felt great.... afterwards. I explained to her my dilemma of my upcoming marathon. Which her reply was "we'll see how you do the next couple weeks"... I wanted to hear something more like "Don't worry, I'll get you fixed and guarantee you a PR at Boston!" and we would of high fived and life would have been awesome!! 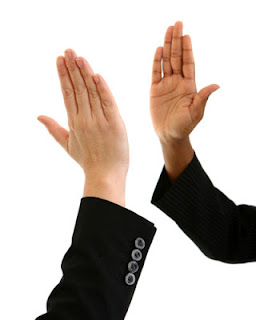 I'm scheduled to go to PT Tuesdays and Thursdays for at least the next 3 weeks.


But then reality sank in. Even if I get things back in somewhat pain free order. A whole month of training (if lucky) has gone out the window. What can I do? How can I do it? My head spins with all these thoughts. I'm trying not to worry myself about this, but I can't help it. I'll deal with it, when\if the time comes. I welcome any advise.

Will look into it!!

A friend also recommended Craston treatment. I've been doing some reading on it and watching videos on Youtube. I heard it hurts like hell, but I think this is what I need. Any one have experience with this? Please fill me in!!

For now, the PT lady said I can run, BUT to keep it 2-3 miles with walks in between miles or as soon as I feel discomfort and only 2-3 times a week with NO consecutive days of running. I plan on doing a couple miles this week to try it out.

That's it for now. Enjoy your runs everyone! Do some for me!!

All Aboard!!! Pity Party Express is boarding.....

So I have been riding the front seat on the pity party express. I have been down in the dumps for the last two weeks. It's not been a fun ride. I tend to always post my good runs or experiences and hardly my bad ones. So this is a rare post from me..... 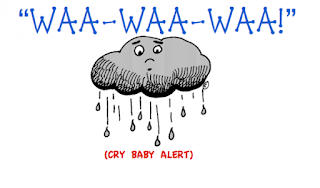 Here I am, signed up to do the mother of all marathons, .... but I am hurt.... I am injured. I haven't been able to run past a mile without having my left knee or left calf muscle tighten up in pain. Running has been real hard for me lately. So much so, that I haven't really wanted to talk about it. It's been really an emotional two weeks for me and I'm not embarrassed to say that. Running is my passion. I eat, breath and sleep running. Ask anyone that knows me,.... running means everything to me. So yes,... these past two weeks have been very hard on me. If you are a runner, I'm sure you understand.

Last week I went to see a specialist, a podiatrist and got some x-rays done. According to him, my joints look good. Normal wear, but nothing that's stands out as an issue. That's good news. He scheduled an MRI to get a better look. This was done this past Thursday. I go back to see him on Tuesday for the results.


I haven't run since last Sunday's 11 miler which was really tough to do. It was a painful run.

I might have shed a tear or two during this run. It just sucked.... I could barely walk the next day. That was what pushed me to see the doctors.

I hope Tuesday brings some positive news. I'm praying for some miracle news, but I'm expecting the worst.

Truth be told that for the past couple weeks, I have been having some real crappy runs. For example:

Training schedule called for an 11 miler today. It's been on my mind all week. If I can't run a simple 4 miler, how was I going to pull out 11 today? I was dreading it. So this morning I woke up, got dressed, had a sip of coffee, and headed out the door before I could even think about it.....

Similar to my last couple runs, after mile one I had to stop to walk for a bit. I did some stretches and continued on. My knees ached but I had to talk myself threw the pain to continue on. I had to remind myself that Boston was around the corner and that the dream of finishing was the goal. I charged on.

I was running an out and back. At the half way point I was feeling pretty good. I had only stopped once so I was pretty happy. Somewhere at about mile 6 or 7 something weird happened. I was no longer running.....  I mean physically I was, but I was lost deep in my head somewhere. I was sitting at my kitchen table having dinner with the family. I was sitting in my parlor watching TV. I was at the softball field pitching fastballs to my daughter. I was everywhere else but on the streets running. I was in a state of bliss,.... or euphoria, if you will. My body was on auto pilot and my brain had checked out.

It wasn't 'til about mile 10, when I was approaching Main St (and traffic), that I came to my senses. It was weird. I didn't remember the last couple miles. I remember thinking to myself "what just happened?"... It was a similar feeling like waking up from a good dream and then trying to fall asleep again so you can continue with that dream. But as we all know, that just doesn't happen. I spent the last mile trying to get back in to that bliss. I wanted that feeling back. I wanted that "high" back.

I must of had some lingering effects of the high when I walk into my house because even my wife asked if I was OK. She thought that I was hurt or something. Far from it. I haven't felt this good in a long time. I have been doubting myself these past couple weeks. I really struggled with my runs. But after today's run those doubts have been washed away. I feel reborn. I'm ready to give it my all.