Everyone that knows me, knows how much I hate winter. As soon as daylight saving times ends in November, I become grumpy winter Jose. Just ask my wife... she'll tell you.

Sure the cold weather and snow make for some epic frozen beard pics..... 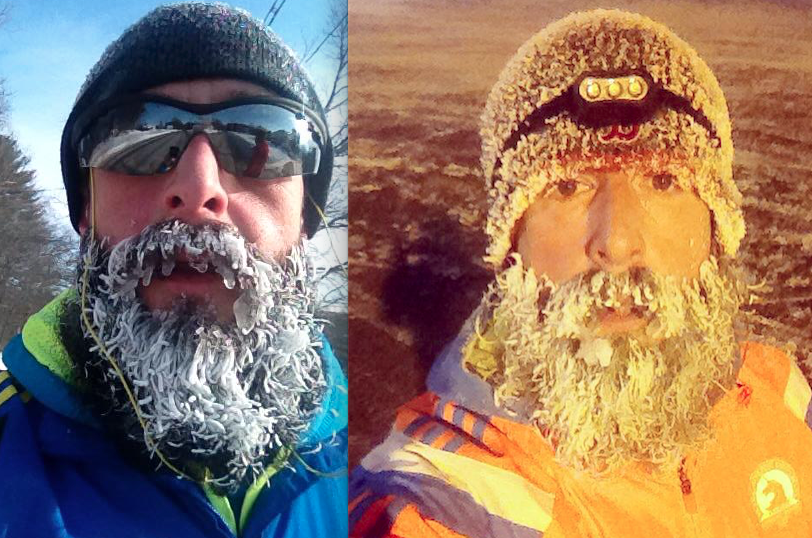 It's cool the first or second time.... but not when its everyday...


February and March are my high milage months of my training. Long runs vary anywhere from 12 milers to 20 milers. Already in the past couple of weeks we have been hit with record cold temps as well as record breaking snowfall! 79 inches so far in the month of February with more coming this weekend!!

Luckily, I have been able to get my long runs in (so far). But it has been either during a snow storm, just before the a snow storm and\or in freezing cold temps. 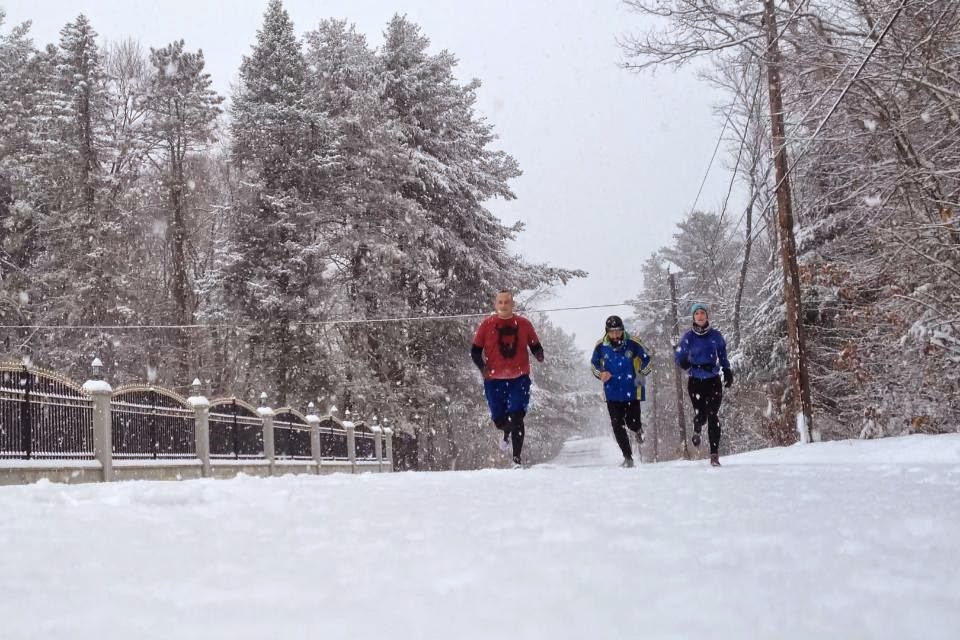 It's good to have friends as crazy dedicated as me

Thats not the worst part though. It's dealing with the dangerous conditions. Not only icy roads and the snow, but people in cars that either can't see you due to high snow banks or them driving like maniacs on already dangerous roads! My friends and I have had some very close calls. Just a week ago my friend Kristen and I were at a lost for words at how close a speeding car flew by us!

Why not run on a treadmill you ask? For one, I dont own one and second I'm not paying a gym membership. Plus... I dont really know how to use one. I've run on them only 4 times in my running life. They have all been different and every time I had to ask for help to turn it on. Not embarrassed at all (ok maybe a little)... So outside it is for me. And it's where I would rather be.

Now there are rumbles of the Hyannis Marathon\Half Marathon, that is scheduled on Feb 22nd, might be canceled. According to their website it's still on, but with the approaching storm this weekend and another one possibly mid week, the local police dept is concerned about the safety of everyone involved., runners and volunteers. Legit concerns, but sucks for everyone that signed up and trained for it. A large number runners from our local group, Tri-State Running, signed up for the half, including myself. With a few doing the full. I was going to use it as part of my training for Boston, but to do so, I swapped my long run (19 miles) that weekend for this weekend instead. Would love to "just do" 13 miles this weekend..

I did escape the snow this week for a bit. Worked out of our NYC office where there less snow than back home. I was able to get a few good runs while out there. A good 9 miler through Central Park and then a couple of miles on the The High Line or the Park in the Sky as it's also called. 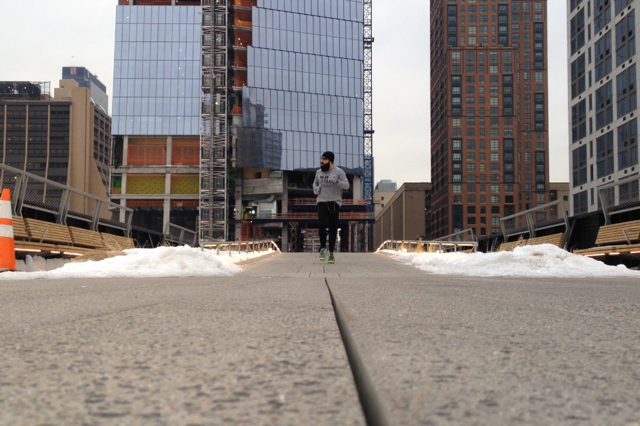 
The High Line is a park that was built on NYC old elevated railway. It's truly amazing to see! If you ever come to NYC, please take the time to visit this park. It's free to enter and an easier way to get from one block to another without dealing with traffic. It's very beautiful come spring and summer time.

The break was good, but back to business, back to the snow. Need to whip out 19 miles Saturday morning before the storm. I will be running 6.5 miles in the AM to meet up with the running group to then run 12.5 with them. I'm glad someone else planned and mapped out a run for Saturday. Just takes the thinking out of it for me. I just show up and run.


Is summer ever coming??