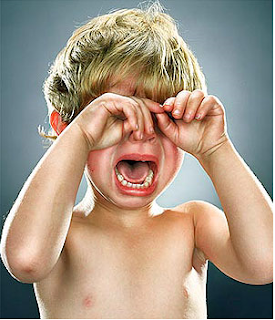 This has been a real crappy running week for me. Monday planned a 5 mile run, ended up doing 3. Wednesday, headed out for another 5, ended up doing less than 3. Today headed out for another 5 and I did accomplish it, but not without a struggling effort. My left leg is starting to bother me again. All three run, about a mile into it, I get this wicked shin split pains that force me to stop running. I get these pains every so often, but it  is not as bad and usually goes away about at the 2nd mile. Wednesday's was the worst. I had to stop and walk 3 times in that less than 3 mile run. Today's run, I walked for a bit after the first mile. I did some stretches and continued on. The pain was there, but it was bearable.
It's been a frustrating week. I get myself to the point where I was starting to doubt myself. I start wondering "Maybe running ain't for me..." "I shouldn't sign up for that marathon,... I'm never going to make.." I'm my worst enemy when I'm left to my own doubts and thoughts.
Anyways... I ended up finishing 5 miles today, so that counts for something.

Tomorrow I had a 15 mile run planned with Jen (a club member), but being that I had a sucky week, I'm not going to push it. I already told her that I going to cut it short. I might even do the second half of her run figuring that she will me much slower by that point.
-

On another note, My Garmin causes my computer to blue screen every other time I plug it in. Has this happen to anyone?? I need to call helpdesk... oh wait, that's right. I'm the helpdesk guy. Who would I call? It's like that age old question: "Who cuts the barbers hair?"..... I'll have to look into it when I get a chance. I got bigger issues right now.

Thats my whining for today. Hope you guys had a better week than me!

Sounds like you need to take some time off running and get that shin looked at. A stitch in time and all that.

For your own good, rest! Do some cross training. It's not just for whimps. Injuries got me into triathlons and doing other things, which made me a faster runner. I'm now back to running mostly, but I have other activities to break the monotony or to recover.

Have you updated the dirvers?