My Wife's First Half Marathon

She had been talking about doing a half for quite some time but hesitated signing up for one. Back in February while I was signing myself up for this race, I went ahead and signed her up too. The sh*t got real for her real quick!! LOL

It was funny watching her the night before getting her stuff ready. It was like watching her pack to go camping or for a trip :)  She was ready!! I think years of watching me prep for my races, she picked up a thing or two. Not only was she ready to go to the race, she was ready to run it. She had been training hard with a couple of  ladies from our group. Mileage wise, she had run more miles than me since Boston. I'm still beat up and haven't really been training for this half. So my plan was to just stick with her and run beside her. 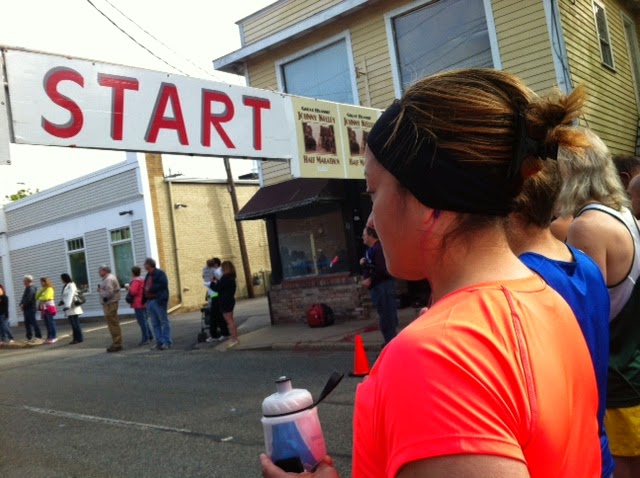 At the start as the Star Spangled Banner played
8:15 start and we were off!!!

A friend of mine told me that when he would run with his wife, he would run just a tad behind her so that she wouldn't feel the need to try to run at his pace. He would let her set the pace. So I did just the same. Stayed just a couple steps behind her holding her water bottle and snacks. I let her do her thing! She would let me know when she needed a drink when she would turn around to look for me.

Over all, my wife did great. The first couples miles she was moving right along. At mile 3.5 there was a random 1 mile marker on the side of the road and she gave me a look like WTF?! I giggled a bit, but convinced her that it was wrong. It wasn't til about the halfway point when she started to struggle a bit. I told her not to worry about to just walk it off. She did good picking it right up.

I tried to make her laugh at one point by pointing out that Mickey Mouse was ahead of us in the race: 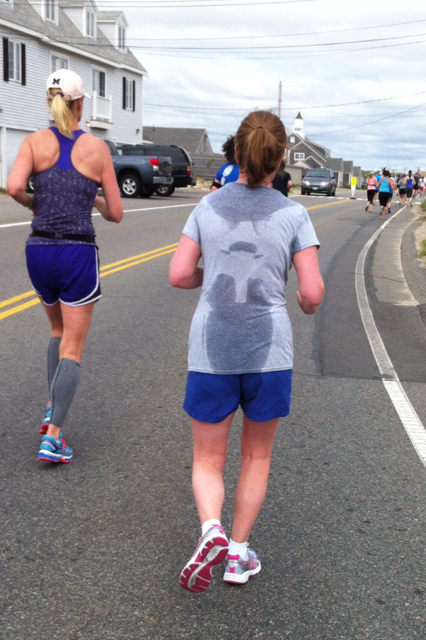 Not sure if it helped her, but I laughed at it for a couple of miles.... LOL

As we got closer the end, I was running beside her. A couple of times holding her hand and helping her get past that mental part that wants to make you quit. I think she got her second wind that last half mile as the crowd was cheering her on. I felt her pace get faster as we approached the finish line. Her goal time was 2:30 and she ended up crossing the finish line at 2:28!! 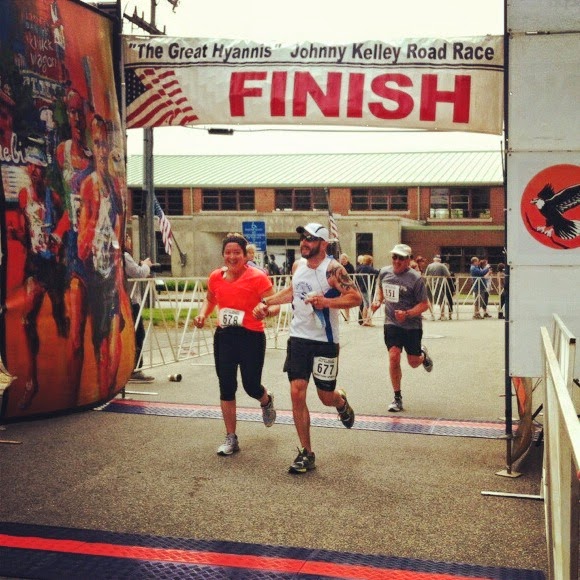 She did awesome and I'm soo proud of her! She ran this race strong and did not give up! She was hurting after the race and could barely walk, but as a true runner was already saying she can't wait for the next one!! Yay! 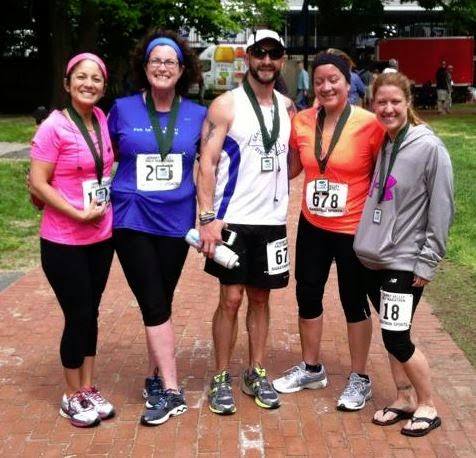 A couple of our Tri-State Running team mates also ran this half
*My wife is already taking a nap... LOL

This race was perfect for her first half. It was mostly flat and the weather was mid 50's for most of the race. The course ran by some beautiful beaches and the wind from the ocean was refreshing. We couldn't ask for a better day!

That's it for now. I haven't been blogging much lately. Life has just been happening, you know? A lot I want to say, but not enough time. But I'll still keep at it - stay tuned! 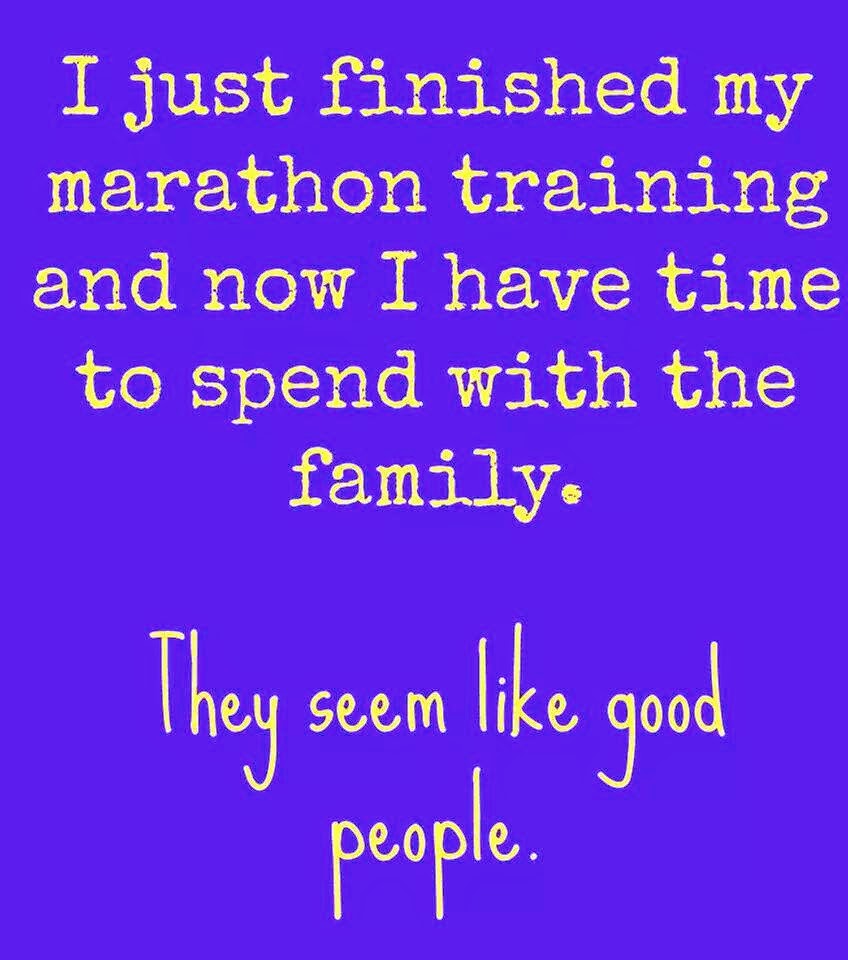 The beard crossed the finish line.
The beard is now gone... 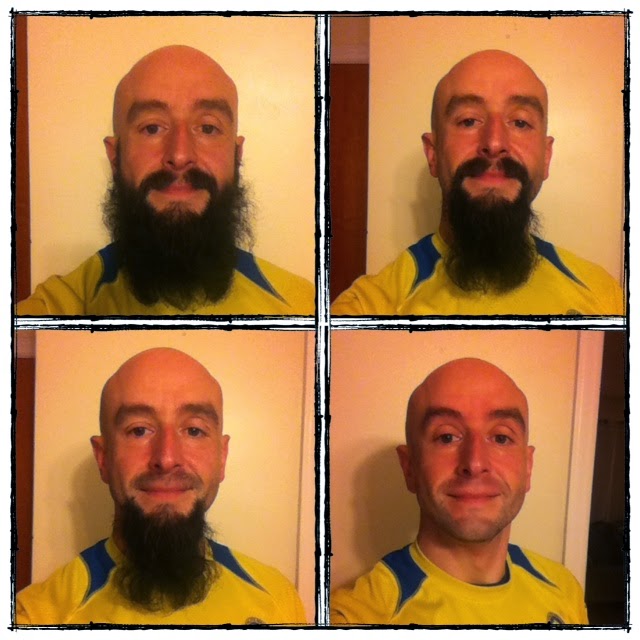 Having some fun while shaving :)

Though I miss the beard. I'm glad that it's gone. Way too much maintenance for me. One of the reasons I shave my head is because I like to get up and go. Ain't nobody got time for that!

So what now? Not sure. Been taking the time to rest my body. I have had achy feet for most of Boston training. Never really complained about it because there was NOTHING that was going to stop me from crossing that finish line! So I have been resting. I have done a couple runs here and there, but nothing crazy. Maybe a total of 15-20 miles in the past 3 weeks.

Races coming up? I signed up for the Johnny Kelly Half Marathon. It's actually my wife's fist half. Since I really haven't trained for it, my plans is stick with her to the finish. I am so excited for her! She's been training hard for this and will do great! Can't wait to see her cross the finish line!

I haven't signed up for any other races in the near future. I'm sure once I start feeling back to 100% that will change. Just don't want to think about it right now. I honestly don't even want to think about a fall marathon right now either. My heart was set on the NYC marathon, but then I didn't get selected in the lottery. I have no strong desire to do any other (right now).
-

But....
Sometime back in February, after a few beers with some friends, I apparently agreed to and signed up for a Spartan Race in September. But not just any Spartan race like the one I did last year - a 5k sprint. 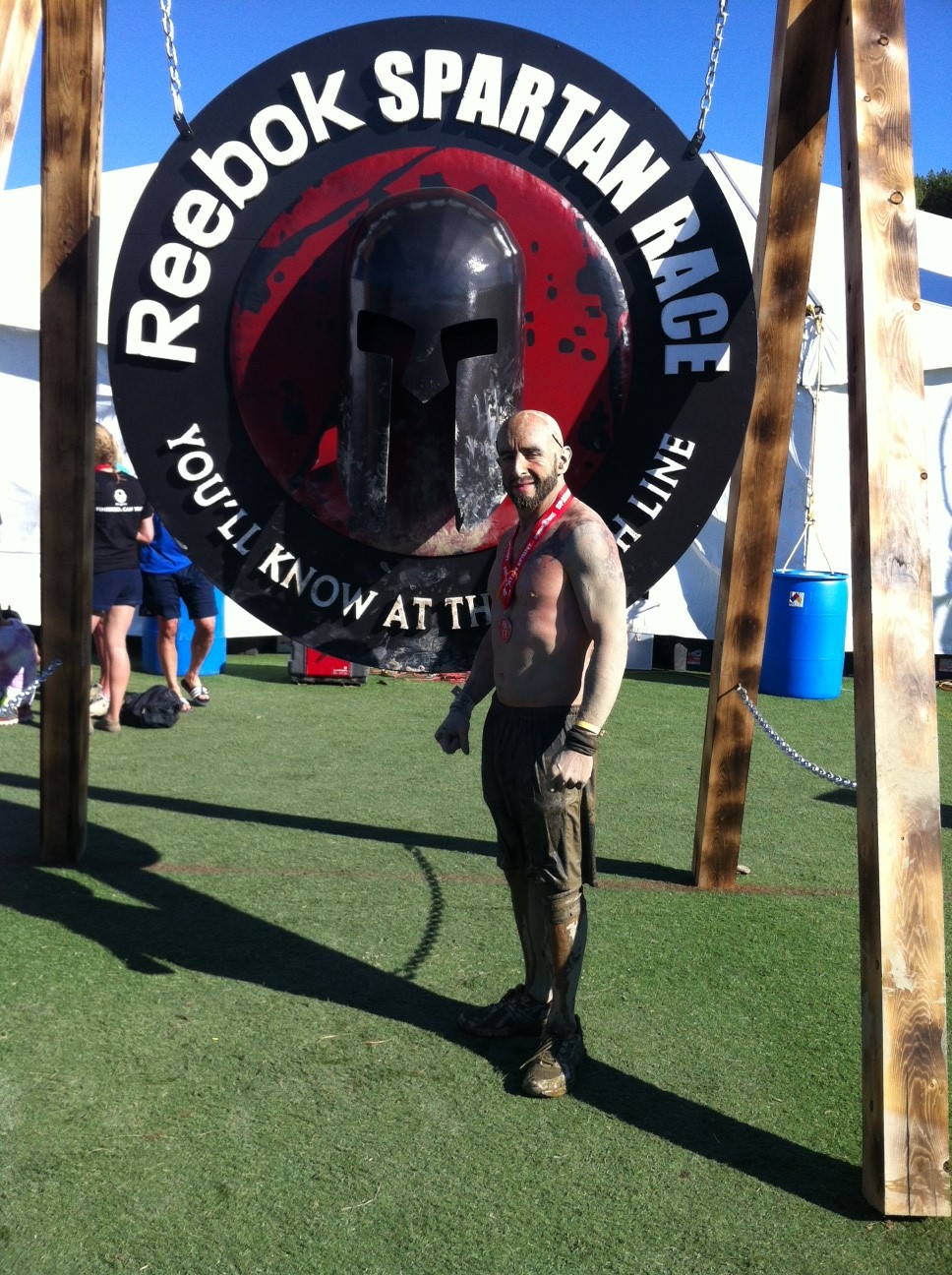 Oh no... that's not manly enough to do. Especially after a few beers. I signed up for the Spartan Beast! A 12+ mile Obstacle Race from Hell in the hills of Killington Vermont (according to their website).

So that's it from the "And So it Burns" headquarters. I haven't been posting much lately and I have pretty much given up on posting on the And So it Burns Facebook page. Not that anyone has missed it. I just dont know how other people have time to post all the time on their Blog Facebook page. I dont even have time to post on my personal page. Eh... my posts will come in spurts. I believe in quality, not quantity :)

-
Have a great week everyone!!