The Beard Thing, You Wouldn't Understand...

As most of you know, I have stopped shaving basically since the start of my marathon training.... just about 4 months now. People's reactions have been mixed. Some you guys like it and some *cough* Char *cough* don't. That's cool though. My wife doesn't mind it, she actually loves it!.... so I guess that's all that matters :)

But I've heard all the jokes already. Here are a few references made about my manly beard: 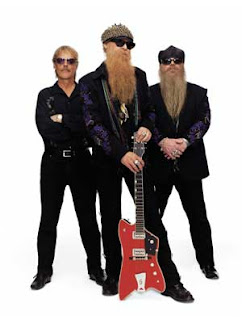 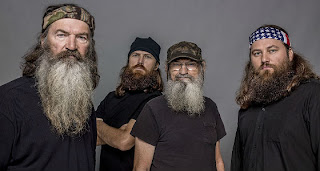 Lost family member of Duck Dynasty?
Had no clue who the were, I had to look it up!!

And of course, the all time classic...

But something weird happened. Yesterday, while my daughter and I were walking the streets of Cambridge, Ma. A guy on a bike was riding towards us and I noticed he also had an overgrown manly beard. But his was longer and fuller than mine.... I had beard envy! As he rode by us, I was admiring this epic beard when I realized he was also looking at me.... nothing was said. We just nodded. You know, like that nod or wave you give to another runner when crossing paths?... just like that. It was like my beard was worthy enough.... even my daughter was like was what was that about? .... Hehehe... I told this story to my wife and she thinks I've lost it!!.... It's a beard thing, you wouldn't understand...  LOL

-
In two weeks this grizzly, ZZ top, Duck Dynasty, Forest Gump looking beard is going to cross the finish line at Boston..... and it's going to be EPIC!! The pictures are going to be awesome!!

Now if I could only grow hair like this on my head  :(

-
Have a great weekend everyone!!

I don't know why you think I don't like it. Just because I've made multiple snide comments doesn't mean that I don't love it. But you're right - I don't. But if your wife does that's all that matters. And if it makes you go faster - then keep the roadkill on your chin :-)

You are too funny Char!! LOL

That thing is SIIIIIIICK!!! I'm so jealous and would absolutely wear that thing non-stop!

Please don't encourage my husband with these posts. It's hard enough for me to keep that hair off his face :)

Funny post though! Glad your wife likes it...I would be way struggling with it by now.

That is very cool man. I lost my hair on top, and I cant grow shit for a beard so Im screwed either way. lol.