The Boston Marathon - My Official Recap Part 1 - The Expo 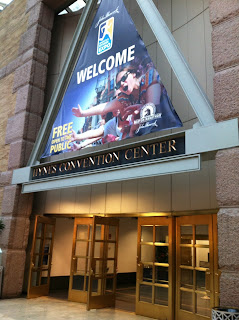 Saturday April 14th, Expo day. I met my friend Sandra at the Hynes Convention Center in Boston. I got there right at 9am, though Sandra was there much earlier. There we met up with other club members that were also picking up their bibs. It was a great time. We soaked it all in. We were just in awe that we were actually there. 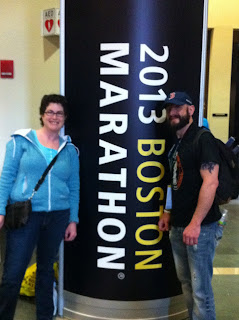 We partook in just about everything..... 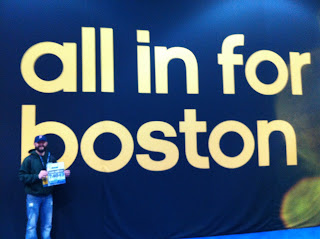 My camera had issues that day :( 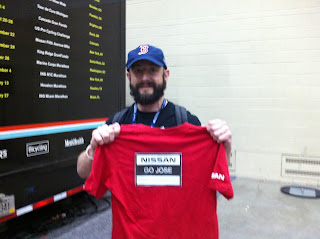 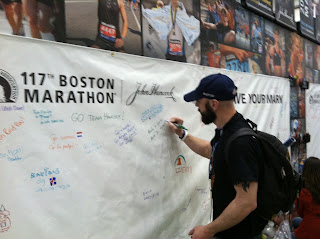 Ready or not, here I come!! 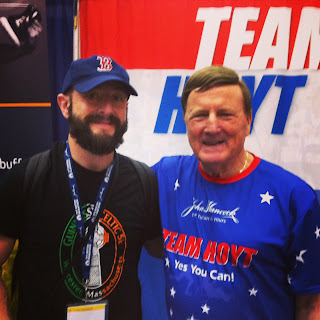 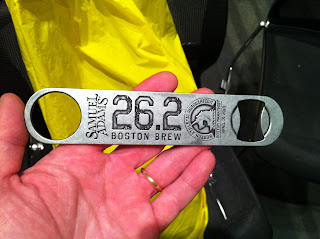 One of the goodies inside our Packet... 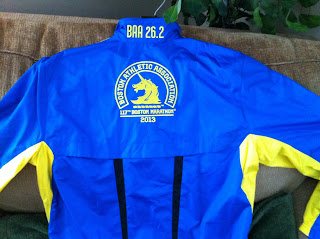 We walked around all morning, went and grabbed lunch, then it was time to go to work.... 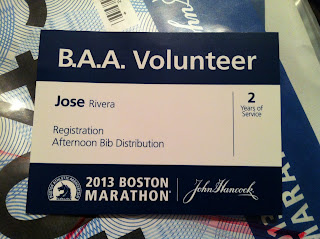 Bib distribution was awesome!!! We had low numbers. Me personally, 1100-1600, average qualifying time for these people were 2:45! I was blown away!!! I met people from all around the world. From Spain, Argentina, Sweden to Japan. It was amazing!!! Our job was to make sure we gave each person the correct bib and more importantly to welcome them to the city of Boston. Whenever possible, I would ask them about their trip and about their time in Boston. All were excited to be there especially those that were there for the first time. Almost everyone took pictures while picking up their packets. I must be in over a thousand people's Facebook :) 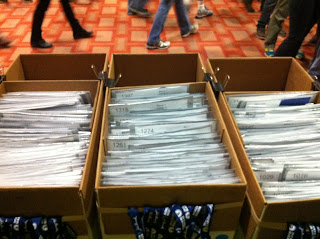 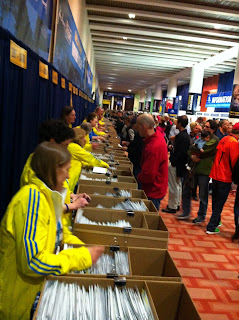 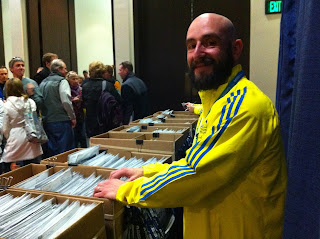 Even got a visit from my good, friend Bill (Impossible is Nothing) 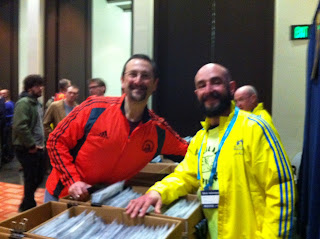 We worked from noon to about 6:30.... it was a long day. Don't forget I was there since 9am. I was beat. While most people drove into Boston, I on the other hand parked in Newton and took The T in. That was only because it only cost me $9 between parking and The T.... otherwise parking in Boston would have cost me $40!!... Money I saved and used in the expo :)

As tired as I was, I had a blast that day. The excitement of the marathon was in the air. You could feel it!

I remember the ride back to Newton on the T, Dreaming about race day. I was ready....

Looks like a great time. The atmosphere must be just incredible.

Love this post...so good to see a happy post in regards to Boston. I know the end was rough, but good to see "great" moments too.

That sounds like so much fun. Hey, if you'd charged for each photo you would have ore than covered your parking for the day.

was wondering when you were going to post our picture! Just kidding!

It was great seeing you, both at the expo AND in Newton.....had to be there to support you, my brother!
Still can't believe all that went on, but so glad you and your family came through it ok. Just wait 'til next year!

Can't wait to read the rest! It brings back a lot of memories. PS, I'm so glad you posted a recap - I think the bombers have had enough pub. It's great to read something good about the race!