Today was in the upper 60's maybe even hit 70 in some places. It was beautiful out!! I planned for a 4 mile lunchtime run, but after mile 1 I decided to make a longer run. I headed towards the hills in Hopkinton. This is a run I have done before and figured it wouldn't be too bad. 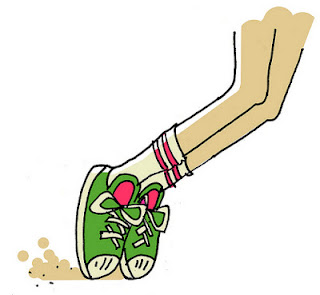 Somewhere at about mile 5 my feet felt heavy and were achy. Being warmer, I was wishing I had brought some water with me.  I was cursing myself! What was I thinking?! I should have just kept it at 4 miles today!! Ugh.... On I marched..... Only when I hit the last mile did I really start to pick it up. 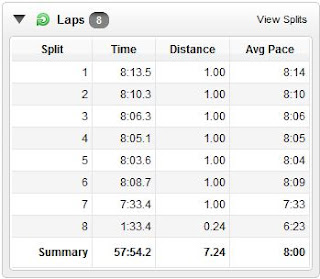 Not a bad run on paper. But my feet would have told you different.

Volunteering at Stu's 30k on Sunday was pretty cool. My oldest daughter came along to lend a hand as well. I met some awesome people there! We worked Water Station #2 which was at about the 10k mark. We had water in the small cups and Gatorade in the bigger cups. 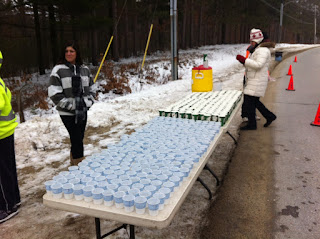 Water Station #2 - My Daughter looks cold (on the left)

The first lone runner probably came by 30mins after the start of the race. Not to long after that the flood of runners started barreling in. You can't imagine how hard it is to give a cup of water to a person who is flying by you. Many people missed the cups or dropped them. I found myself running with them to make sure they got the cup in their hands! Ha! It was cool to see the different styles of runners out there too.
After the last person came by, which we all gave loud cheers for, we headed down to catch the runners cross the finish line. Not long after we got there we caught the first place guy cross the finish line at 1hr 52mins!! I was impressed! I couldn't help but to think what my time would have been in this race. At a guess I would say 2:15.
Volunteering at races was such a great experience. I couldn't believe how many runners thanked us for helping out. Some even said that they couldn't do it with out us being there. It was a good feeling. I would recommend everyone volunteer at least once. I'm telling you it's an uplifting experience. This is such a big part of a race. I will never look at another water stop the same again and I will also make sure to thank these people for their support.
Posted by Jose at 8:45 PM

I always try to thank the volunteers throughout a race. I think it's amazing that they are willing to hang out for hours just to give me a cup of water or whatever. If it weren't for volunteers alot of races wouldn't be possible! So, THANKS for volunteering that day!

Thanks for volunteering! You made a difference in someone's race and that is awesome!

I've had to try to hand water to runners before and I understand. One boy flew past me and when he grabbed hold of the water my reflexes kicked in and I grabbed too. I won. He got nothing! If I wasn't a volunteer I would have been sacked.