21:04 .... I still cant believe my time in this race. This a new 5K PR for me. I almost came in under 21 mins!! I could see the time clock as I was approaching the finish line and I really gave it my all to get there before the 21min mark. I was soo close!

It was a good event. Tons of people showed up. There was tons of food, all the beer you could drink, and good music supplied by a local band. The race itself was a scenic race through the streets of Worcester that got started by the sirens of a Fire Truck! 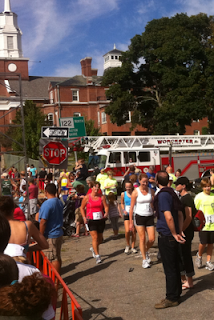 The starting line was mobbed, so moving my way through the crowd was a bit tough. But after the first turn on the race, the street opened up so there was more room to move around in. 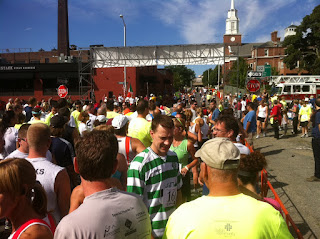 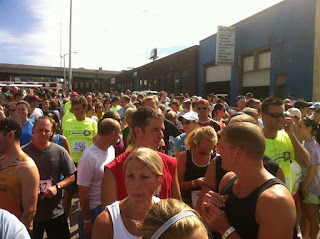 I started the race in a face pace and I got worried that I would crash and burn towards the end, but I held strong all the way through. There was plenty of crowd support and that always helps. The last 1/2 mile I really kicked it up a notch, especially when I saw the time clock. 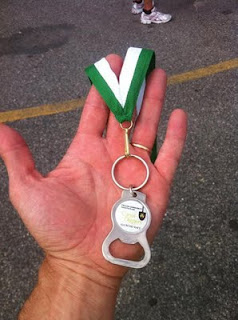 After the race I hung out for a while, ate, had a few beers and chatted with a few of the usual faces I always see at these local races. 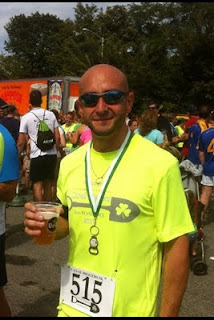 Never say no to free beer ;)
This was the first time I ran a race with shades on. The race when through a tunnel where I had to take them off. I couldn't see a damn thing!!

Dude - that is an awesome run!