As some of you may know, I got my 2013 Boston Marathon number through my running club (Central Mass Striders) for volunteering at races throughout 2012. It's a great perk for giving a a few hours of your time to a sport you love. It could be a lot of work at times, but it's always fun, and always rewarding.

At this point in the year, I have already surpassed last years volunteer hours. I have volunteer at more races this year than I did last year. But I already have a number for Boston 2014. As you may recall, I was one of the 5700 runners that did not get to finish Boston due to the bombings. So why do I continue to volunteer? What do I get out of it? I don't know.... I just enjoy doing it. It's kinda like my way of giving back. Giving back to this sport that gave me soo much and also giving back to the greatest running club ever!


Today was no exception. 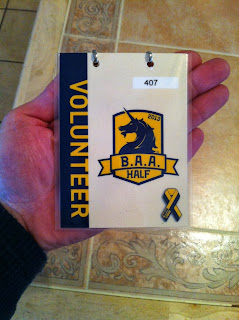 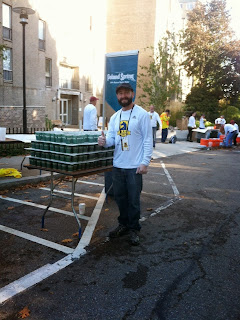 I was up at the crack of dawn to meet up with other volunteers in Worcester, so we could then drive into Boston for 7am to volunteer at the BAA Half Marathon. We worked fluid station #3 at about mile 6 of the race. 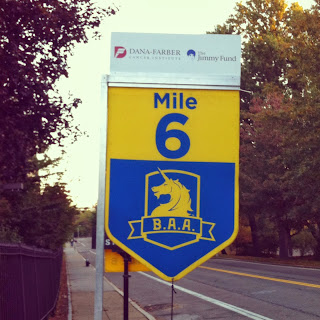 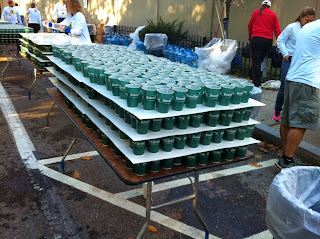 We had plenty of water 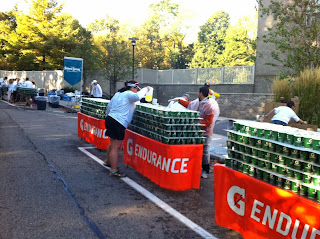 ...and plenty of Gatorade

Stacking the cups and filling them up is a lot of work. But boy do we have a blast doing it. We started at about 7:30 stacking and filling cups and the races started at 8:30. It was roughly 8:45 when the first wheelchairs racers came through and not too long after that, the elite runners came through. I forgot to snap a picture of them... grr. But this time I did not miss Kim Smith like I did last time. This time I was ready for her: 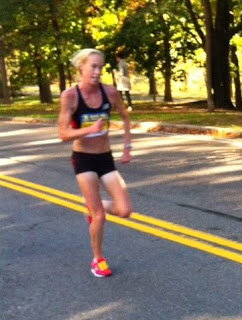 Tan lines and all!!! She won the woman's division!

I don't have the exact numbers, I heard that something like 8000 people ran this half. At the rate we were passing out drinks, that number could be right. It was darn right busy at times. We even ran out of Gatorade cups and had to start filling more very quickly. It was nuts. But as crazy as it was, most runners were very appreciative of us. I don't think that I was ever thanked more in my life. Ha!

After it was all said and done and the last runner had come through, it was clean up time. There were thousands of cups EVERYWHERE!! But with the amount of volunteers we had, I swear that the clean up only took about 15mins. A garbage truck was not too far behind the last runner. All was picked up and the streets were left as if a race had never happened. The BAA has this routine down pat!!

Volunteering like I said is a lot of work. But I enjoy every minute of it. The best part for me is getting to hang out with some great friends! 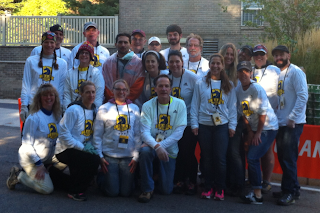 I also got to see everyone I knew that was running this race, including club members Sandy, Brenda & Pete, Intagram friends Raquel & Crystal, and even Michelle from Running with Attitude. I said hi to her and cheered her on, but I don't think she realized who I was... LOL. It's all good. Great job everybody!!

--
Today was also the Chicago Marathon. Congrats to all my blogger friends that ran that today. Can't wait to read your recaps!!

Can't wait 'til my next volunteer assignment!! Have a great week everyone!!