Three Weeks til Boston... and Beyond

Three weeks til Boston and the carb loading begins with this: 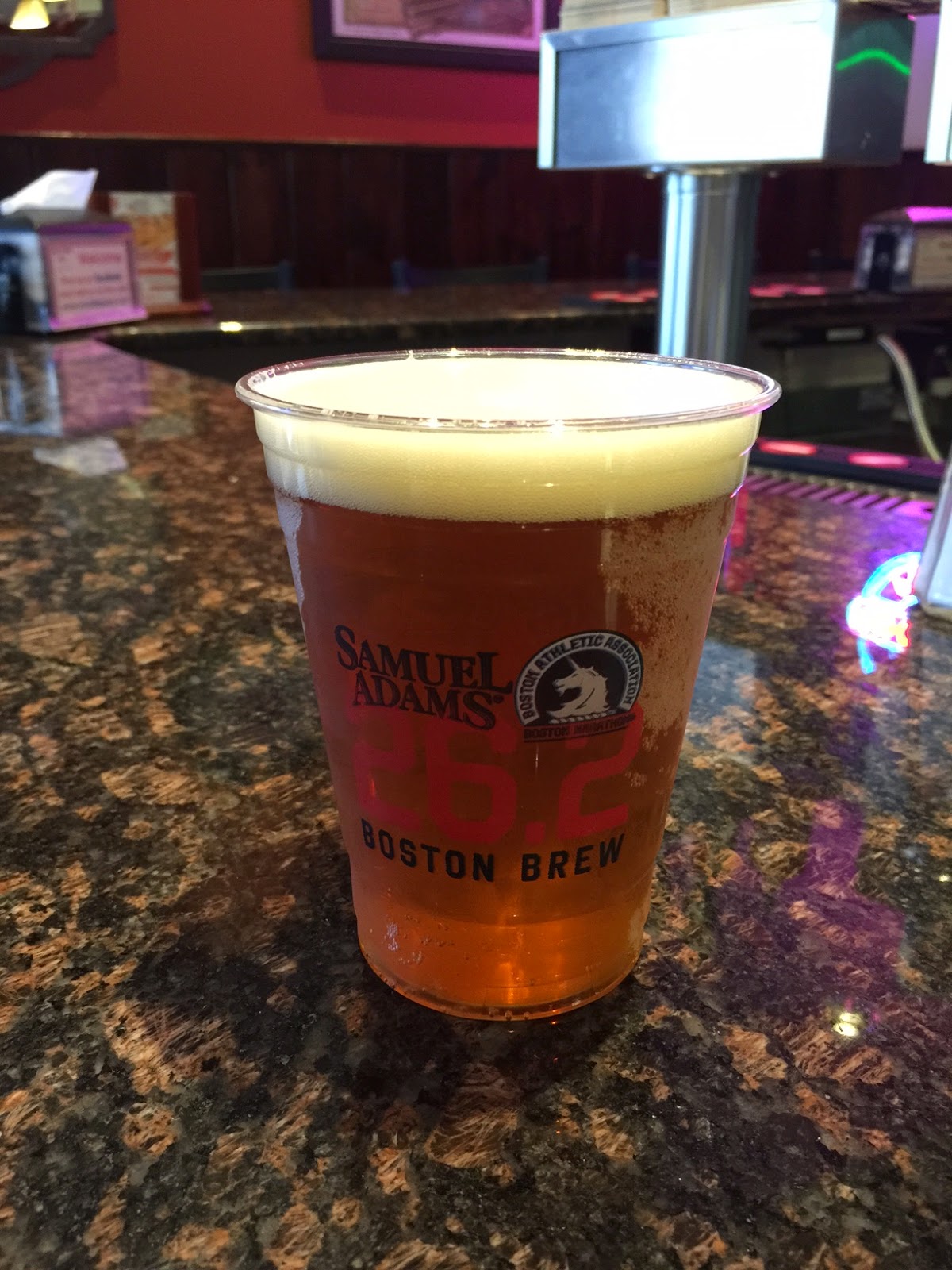 This past weekend was my last of my longest long runs (say that 3 times fast) ... The Boston Rehearsal run. 21 miles on the Boston course, from Hopkinton to Boston College.
The day started out on the "wrong foot" as I was about15mins late for the bus that takes us to the starting line. Ugh!... The sad thing is that I was up early, I was just dragging ass around the house and couldn't get my shit together. It was just one of those mornings I guess. But at least the 30 or so people on the bus waiting for me were cool about it. They could have just left me behind :)

We started the run shortly after taking a group picture. 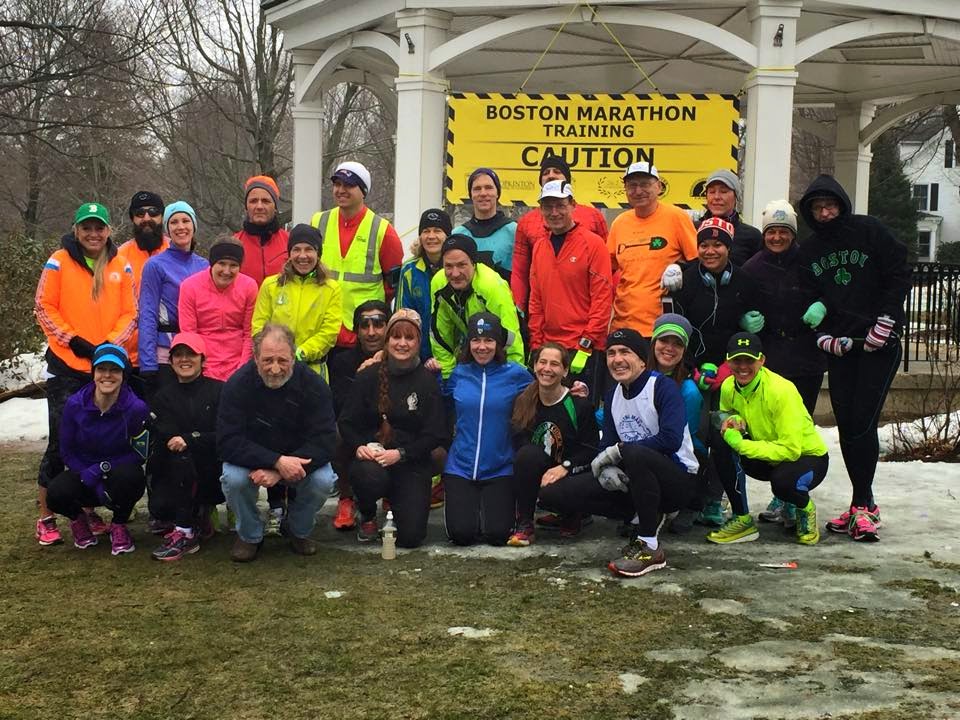 It wouldn't be New England and it wouldn't be right, if of course it didn't snow. Why not? Soon after we started running it started snowing. Nothing big. It wasn't sticking to the ground, but the flakes fell just about the entire run.

The run itself was awesome. I ran it with 4 of my good friends from my running group Tri-State Running. We ran together up until Heart Break Hill where I took off to challenge the infamous beast. These guys will kill their marathon! They did awesome!! 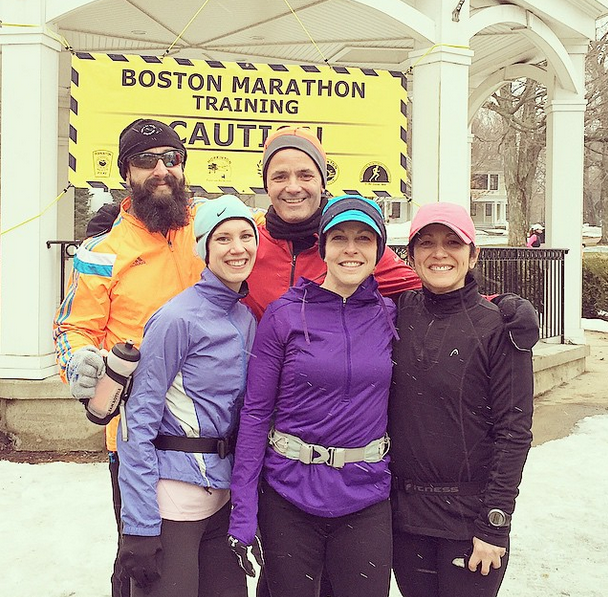 Three of them doing their first Boston, the other doing the Providence Marathon in May.

So with three weeks left, there is nothing left to do, but to mess it up. So I'll be sticking to plan as much as I can and avoid any injuries. I have been getting my miles in pretty much throughout my training, so these last few weeks should be that bad.

My only goal in Boston is to run it under 4hrs. I came close last year (4:01)... and it bothers me. I'll be running it with my friend Chuck (pictured above). Him and I are about the same pace and his goal is the same as mine. So hopefully together we can push each other towards that goal. I can't wait!

I know I shouldn't be looking past Boston, but I have a few races lined up. One only three weeks after  Boston - Ragnar Cape Cod. Which my friends and I are doing as a 6 person ultra! So training will continue even after Boston. Two weeks after that I have another race that I'm hoping to get in,..  then in June I have 7 mile race up Mount Washington that my friends and I got in via lottery.

Woohoo!! So super excited about the next upcoming weeks. Physically, I feel good, but I am a little achy here and there. So I need to make sure I run smart the next couple of weeks.
-
_

I haven't been keeping up with my blog as much as I would like. I think I say this every time I blog. But life has been getting in the way. Not saying that in a bad way. Life has been good. Just busy.

I'll leave you with that for now. I'm sure I'll blog again. But if you want an almost daily update of my training and of other stuff I post about... follow me on Instagram - AndSoitBurns.

All the hard work's done now. Enjoy your taper and good luck for the race.