Back on the Plan 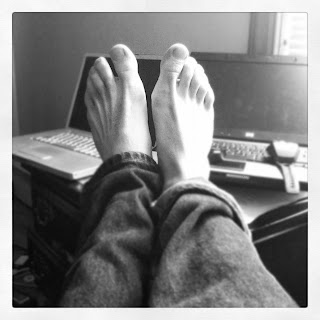 It's been nice NOT training for anything the past two months. It's been fun just running for the love of it versus for the need of it. These past couple of weeks I have been low key and have only run when I felt like running, how long I felt like running and raced only one race. I even signed up for a half that took place this weekend and then decided not to run it. Mostly for personal reasons, but honestly I just wasn't feeling it.

So what is wrong with me you may ask? Has Jose lost his passion for running? Is the fire from "And so it Burns" burning out?....

I needed to take a step back. A step back from all the craziness of training. A step back from trying to figure out how to get my runs in. It felt like I was juggling back and forth between my normal life and my running life constantly. Sounds crazy, but it's true. I said I would take this break after my last marathon and I did. I have run many times these past couple of week, and they have all been stress free enjoyable runs. Running just because and for nothing else. The break has been good for me physically, which I needed, but most importantly, mentally.


That being all said..., It's mid December. Approximately 18 weeks from the 2014 Boston Marathon. 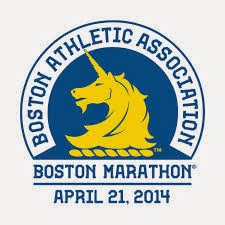 I plan on following the same training plan I did for the last two marathons - Hal Higdon's Marathon Intermediate 2. It's an 18 week program. Which means training starts this week!! It's been a fun, well deserved break, but it's time to get back to the grind.

The only thing different this time around is that I know a about 40-50 other people that are also running Boston this upcoming April. Most through the running club and some through social media.There are already plans on getting together with a handful of them to do long runs with. There is no way that I'll be doing any long runs solo. I have a feeling that this time around training will be more about getting together, getting the runs in, making friends, making memories and having fun. That's what I plan on making it anyways.

I don't plan on breaking any PRs in Boston. I have a feeling that this marathon will be a circus of an event. The media coverage of this race will be something nuts this year. I'm sure the BAA will have something planned to honor the victims of last year's tragedy. It will be an emotional event that's for sure. I want to be able to take it all in, I want to enjoy the moment, I want to run strong and most importantly, I want to finish strong!

I want to fulfill my dream of finally crossing the finish line on Boylston St. I want to finish what I couldn't finish last time. This time I will not be denied.

I cannot even imagine what it will be like there. Good luck on your training! I just signed up for #6, Bayshore marathon which was my first.

It should be an amazing event next year. My Coach and a squad friend will also be there - training's just started for them too.

I think a break is sometimes what's needed so we can embrace the start of a new training cycle. This is going to be a good one!

It will be an amazing day! I'm so glad you'll get the chance to run...and finish! I will hopefully be volunteering again - wouldn't miss it!